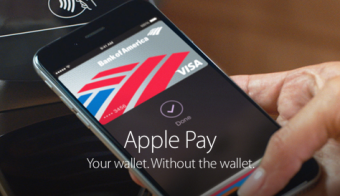 I have to admit that I was GLUED to my computer screen this morning during the Apple announcement. It still blows my mind that technology and bandwidth can’t deliver a smooth online feed to a live event. What was up with the live translation feeds being clearly audible to online viewers? ANNOYING! Fortunately the live stream technical team saw the multiple tweets and fixed the problem.   Unfortunately my viewing experience was very choppy and I got word of the announcement in real time more from Twitter.

As predicted, Apple entered BIG into payments with Apple Pay and into wearables too with Apple Watch too.  Apple’s recent announcements around partnerships with Visa, Amex, MasterCard etc were clear leading indicators of the entry into payments. I am very excited about Apple’s payment system and how it will help drive mass consumer adoption of a true mobile wallet. Yean! However, we are a ways away from Apple driving mass adoption of their wallet. 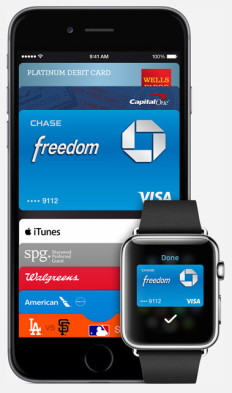 Apple Pay will be available on the iPhone 6 and Apple Watch devices for it requires technology included only in this hardware. Yes, the iPhone 6 and Apple Watch will set sales records and proliferation will be fast across the globe. However, Apple Pay will not be available on legacy devices that will slow down the adoption rate. Additionally, Apple Pay will be limited to major retailers including Whole Foods, Macy’s and Toys R Us. Yes, over 200,000 stores will be accepting contactless payments through Apple Pay. I’m sure Apple is busy negotiating partnerships with several other major retailers as well and the footprint will grow even more.

Apple Pay will not be available to stores outside of this Apple negotiated big box retailer network. Consumers will not be able to truly leave their wallet at home. Apple’s partnership with IBM, though, will help Apple Pay expand its footprint to more business….but it will take time. As I mentioned in a previous post, the IBM partnership provides Apple access to many banks and financial institutions. These FIs have business banking customers and frequently provide merchants with POS payment systems. Now that the iPhone 6 includes the NFC chip, Apple will be hot to engage IBM on pushing the distribution of NFC enabled payment terminals to their banking customers. Only until NFC enabled payment terminals are more widely distributed will Apple gain ownership of the mobile wallet.

Clearly Apple has the hardware, technology and strategic partnerships to create the closed loop necessary to build a ubiquitous payment system. It’s a matter of time before this happens. However, NFC technology and devices are not Apple technology and can be easily licensed by competitors. Yes, Apple has leap fogged into the lead on building a mobile wallet, but the competition did see this coming. Apple must continue adding nationwide retailers to their network to enable consumers to use Apple Pay. The first mover advantage will be key and the network affects will take hold. If a competitor is to provide another offering for consumers and merchants, they better act FAST. Samsung and Loopt I’m sure are having lunch right now.

On a side note, I am amazed by the level of talent Apple employs for their advertising and marketing efforts; JT, Jimmie Fallon and U2. A list talent meets A + list company. I’m sure Apple pays a large portion of the marketing budget for these names. Or maybe it’s vice versa! Let this be a reminder of the high margins Apple receives on every product they sell. Impressive. 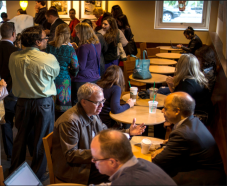 I started off my week with a trail run and then a quick stop off at a downtown locally owned coffee joint. The coffee shop is filled with laptop toting Silicon Valley types, local Lululemon wearing trail bunnies and a myriad of salon and spa employees on their way to bill $150 for a 1-hour deep tissue massage. I stood in line and waited to pay for my overpriced cup of coffee. I’m an old school guy and paid in cash while most people paid using their debit/credit card. It seems strange to me to pay for something so cheap with plastic…but, hey, I AM old school right? However, of the 10+ payment transactions I saw, no one paid with his or her phone using the NFC feature of the payment reader. Now don’t panic…you are not the only one who has not seen the NFC technology in action. Very few merchants even have a card reader that includes NFC technology. Forbes magazine ran a piece in mid 2013 that asked the question if NFC payments were dead. After all, the only major retailer to include NFC technology at checkout is Walmart…and adoption is LOW. However, this will most likely all begin to change on September 9. 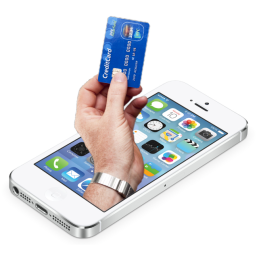 Apple yet again has the media and its loyal customer base all in a flutter with what will be announced at their big event on September 9. Of course everyone is super excited about what’s happening with the iPhone 6 and the expected announcement of their first wearable device. There is also buzz around a key feature of the iPhone and wearable – will these devices enable customers to make payments for goods and services at retail? Will Apple finally break into the payments space and push mobile payments into the mainstream? This buzz, of course, is mostly coming from technology people, but will have massive implications for consumers and merchants now and in the future. A big shift is coming.

Reports from the Financial Times and tech bloggers indicate that the iPhone 6 will include a near field communication (NFC) chip to enable mobile payments. Adding fuel to the mobile payments speculation, CNET recently reported that Apple has forged partnerships with all the major credit card providers and payments networks including American Express, Visa and MasterCard. Wow, these relationships are great leading indicators that Apple is poised to bring a true mobile payments tool, or wallet, to the mainstream audience. Color me stoked.*

Looking at this a little more closely, however, the media focus is on the consumer side of Apple’s payments technology.   But wait…I thought NFC payments was dead with very few retail shops and big box stores offering this form of payment? Is Apple setting itself up for a black eye if their payments tool is not accepted at most locations? Did Apple only think of the consumer side of this equation and totally miss the merchant? Not at all. Apple thought through this quite nicely and I’m surprised there is not more technology media focus on this strategic partnership that ties it all together. Once again, Apple has proven the importance of controlling the complete ecosystem to create products that revolutionize consumer behavior. Here’s how. 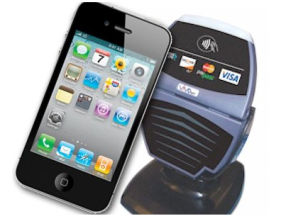 Apple announced a few months back a strategic alliance with Big Blue. I provided my point of view in an earlier post on how the Apple/IBM partnership will affect the banking industry. This partnership will also affect the technology these banks provide their business banking clients (merchants) at point of sale. For example, the infusing of Apple technology into the bank provided payment terminals will enable merchants to collect payments using NFC in addition to accepting card swipes. Apple strategically addressed the biggest roadblock in enabling adoption of mobile payments – how can merchants accept payment from a mobile device without undoing the POS payment system that is already in place.

The Apple/IBM relationship enables Apple to create the complete system required to connect consumers with merchants through a single payments technology. No other technology provider can do this. However, Samsung sees this happening and is quickly putting together their “me too” plan for the Android market. There are rumors flying around that Samsung is partnering with Loopt to connect consumers to merchants through one payments system as well.

There will be a lag between what Apple announces around payments and the launch of the complete ecosystem.   However, given the amount of iPhone users who already have their credit card on file in iTunes, the major credit card providers will be HOT to get the NFC card readers in place to enable card use in the online and offline world. We can expect a lot of pressure on the banks to get the NFC enabled payment terminals out to market quickly.

How we pay for things will be very different a year from now. Now if Apple can solve how to securely store my driver license, loyalty cards and annual memberships cards as well, I can finally stop carrying around my wallet!

* I’ve sprinkled many “Easter Eggs” through out my posts to make reading more fun. These eggs include cultural references from the ‘80s, ‘90s and present day. If you get the reference, send me a tweet (@ericdunstan) with the answer.