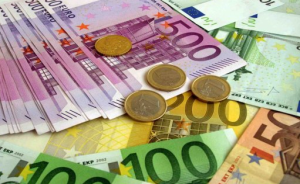 I remember debating the benefits and dangers of the Euro during a Macro Econ class just as the currency was being rolled out. One of the benefits of the Euro is the ability for consumers to pay for goods and services with one common currency significantly reducing costly currency exchange fees. Clearly if you are a citizen of a less economically powerful country, like Greece for example, the Euro is a big boon. All of a sudden your previously lower valued currency is a moot point and you know have equal buying power as someone from a strong country such as Germany. However, there in lies one of the biggest problems with the Euro. Countries of lower economic strength are now at currency parity with stronger countries….at the expense of the most economically strong.Yes, I understand I’m simplifying the issue, but therein lies a real economic problem.

The European Central Bank is very busy managing the EU banking system, stabilizing currency value and convincing the English and German bankers to have faith in the Euro. After all, it is their currency reserves that back the value of the Euro. This is no easy task when England and Germany have been asked to fund monetary policy, such as bank bailouts, to prevent the collapse of the system. Faith in the Euro is what is keeping the system afloat. Faith in the currency and system is what stops England and Germany from pushing for stricter regulations to protect the value of their native currencies and their ability to trade. 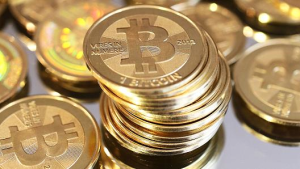 Faith plays a strong role in any currency. The faith is in the government issuing the currency to back up the value with sound monetary policy, a centralized bank, and financial assets. However, I think FAITH plays an even BIGGER role in the latest currency innovation, Bitcoin. Bitcoin is known as a “cryptocurrency” and its origins are mysterious. So mysterious, no one really knows who created the currency.  Not even Jack Bauer can uncover his identity.

Bitcoin is not backed by any bank, can be used to buy/sell merchandise or services, and can be used to transact anonymously. Wait, what? Without the banking system, how can this currency be valued? Bitcoins are bought and sold on an exchange…and forces of supply and demand move the currency value up and down. To further complicate the value, Bitcoins can also be  “mined” through solving complex mathematical equations using certain software programs. I can’t help think that Bitcoin is very similar to how gold nuggets were mined and valued during the California Gold Rush. The big difference, though, is that gold is a precious metal, is tangible and has had value for thousands of years. Bitcoin “gold nuggets” have been created by someone, buried in mathematical equations and has no historical context for valuation.

Clearly this raises the question of how many Bitcoins are out there. If it’s unlimited, Bitcoins will have little value. Whoever invented Bitcoin has limited the amount of available coins to 21 million. According to a recent article, 12 million Bitcoins are in circulation and 9 million remain to be “found” or “mined”. How the Bitcoins got there is still not clear and there does not seem to be a mechanism in place to prevent more Bitcoins from being anonymously created.

Wow. The entire Bitcoin currency concept blows my mind. An anonymous person created and launched a currency. Enough people have enough FAITH in this currency that it will retain value, will remain in a limited and finite supply and will continue to be an emerging form of payment. Faith in Bitcoin sounds INSANELY risky to me….but e-commerce giants such as Amazon and eBay have been considering options to accept it as a form of payment. Strange. However, there clearly remains a high level of suspicion of the cryptocurrency in the Banking industry.

Maintaining customer faith in Bitcoin is the number one priority for all Bitcoin providers, exchanges and related companies. Without a tangible asset and historical context for value, Bitcoin will collapse immediately if people lose faith in its legitimacy. Legitimacy will be lost if a number of factors occur: buying/selling illegal products or services, money laundering, currency value manipulation, counterfeit currency. Yes, EVERY currency and monetary system faces these challenges…but the challenges are addressed through a well established banking and regulatory system. Bitcoin, and other cryptocurrencies, does not have this.

Cryptocurrency providers, platforms and related services must push to self regulate to protect their value and legitimacy. The self-regulation must happen FAST for there is a lot of interest and concern building within governments and monetary systems. Establishing standards that are easily adhered to and adopted will be critical. Providers must engage in conversations to define standards and hold each other accountable in very much the same way Truste worked with websites to define consumer privacy and data usage standards.

Jumio, a leading provider of identity verification products, is taking the lead in creating such a compliance network. The network is called Bitcoin Identity Security Open Network (BISON) and it’s targeting Bitcoin and Bitcoin related providers to join by agreeing to a set of standards of authenticating the identity of users they are establishing transactional relationships with. This is a great first step in building a compliance standard that is not a stretch for major platforms. The growing incidents of fraud and other criminal activity is the result of anonymous transactions. Requiring user identity authentification will help make the Bitcoin platform much safer.

The big hurdle for Jumio is the willingness of these Bitcoin providers to comply, participate and implement authentification technology.  No easy task.  Jumio is addressing this marketing challenge by building a consumer technology to pull participation by providers. The technology will enable Bitcoin consumers to verify their identity only once and carry these credentials across all Bitcoin platforms. The technology reduces the barrier to use the cryptocurrency and is designed to increase Bitcoin platform registration and trial. Will this consumer benefit increase a large enough lift in a Bitcoin provider’s business? That remains to be seen. But as we all know, the easier a product is to adopt and use, the more likely the consumer is to use it.   Currently eight Bitcoin providers are part of BISON at launch. It will be interesting to track who joins next and if there is enough consumer demand for one-time consumer identity verification. Of course, this will all depend on consumers using multiple Bitcoin platforms.